REDD stands for Reducing Emissions from Deforestation and Forest Degradation. It is an effort to create a financial value for the carbon stored in forests, offering incentives for developing countries to reduce emissions from forested lands and invest in low-carbon paths to sustainable development (UN-REDD Programme).

REDD+ - The (+) sign goes a step further by promoting the importance of sustainable forest management, enhancement of carbon stock , and conversation of carbon stock in developing countries.

The degradation and deforestation of the world’s tropical forests are responsible for about 10% of net global carbon emissions. Thus, tackling these issues are paramount to any organised effort to combat climate change. Over the past years however, traditional approaches to halting tropical forest loss have typically been unsuccessful, as deforestation and forest degradation continue to be unabated.

The introduction of the REDD initiative is aimed at incentivising a break from historic trends of increasing deforestation rates and greenhouse gases emissions. REDD acts as the framework through which developing countries can be rewarded financially for any emissions reductions achieved associated with a decrease in the conversion of forests to alternate land uses. Having identified current and/or projected rates of deforestation and forest degradation, a country taking remedial action to effectively reduce those rates will be financially rewarded relative to the extent of their achieved emissions reductions. The REDD has provided a unique opportunity to achieve large-scale emissions reductions at comparatively low abatement costs. By economically valuing the role forest ecosystems play in carbon capture and storage, it allows intact forests to compete with historically more lucrative, alternate land uses resulting in their destruction (10).

Finally, in 2010, at COP-16 as set out in the the Cancun Agreements, REDD became REDD-plus (REDD+), to reflect the new added components. On that note, REDD+ now includes:

Within its remit, REDD+ has the potential to simultaneously contribute to climate change mitigation and poverty alleviation, whilst also conserving biodiversity and sustaining vital ecosystem services. This potential for multiple benefits however, raises the crucial question of to what extent the inclusion of development and conservation objectives may help or hinder the overall success of, and negotiations for, a future REDD+ framework (explicitly for climate change mitigation). Having said this, prospective co-benefits can easily transform into prospective co-detriments, making the earlier question arguably irrelevant. Apart from whether consideration of such factors will promote or hamper the success and negotiations of a REDD+ framework, they are unquestionably important for the creation of a sustainable and equitable REDD+ process.

The details of a REDD+ mechanism continue to be debated under the UNFCCC, and the considerable financial needs for full-scale implementation have not yet been met. A final mechanism is therefore not yet in place and operating at scale. Despite this, in recognition of the need for urgent action if reducing deforestation is going to have a meaningful effect in terms of reducing emissions and mitigating climate change, REDD+ initiatives have already been instigated outside the auspices of the UNFCCC, both independently and in anticipation of a formal REDD+ mechanism (9). 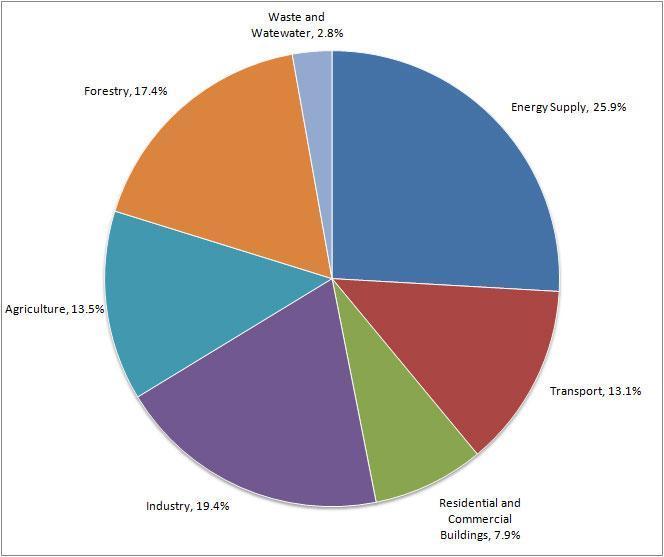 Later that year, in the 13th Session of the Conference of the Parties to the UNFCCC meeting (COP 13) in Bali, Indonesia, a decision was formalised (Decision 2/CP.13) under the Bali Action Plan which, amongst other things, acknowledged that deforestation and forest degradation in developing countries were contributing to anthropogenic greenhouse gas emissions and encouraged developing nations to engage in sustainable management of forests to increase carbon stock as a means to mitigate climate change; an initiative informally known as REDD+.